And with that, folks, Fate/strange fake has been completely translated. It's been over four years since Fate/strange fake was published in March 2009; more than five since the original April Fools' joke back in 2008; and about eight months since I started working on this in November 2012.

This is my first time translating a light novel in its entirety, and I think it's been a very informative experience. Mostly in terms of refining my own translation skills and English prose-writing, but also in terms of getting better with LaTeX, learning some basic image manipulation in GIMP, and so forth. LaTeX, for all its absurdity, produces beautiful output that is very difficult to recreate in any other system, and I heartily recommend its use for projects like mine (as this fine fellow has done).

A few notes about the three links you see above: the "full version" is what you should download in most cases - it's a pdf containing the light novel; nothing more and nothing less. The "reduced version" is a slightly altered pdf version of the light novel designed for viewing on low-end devices, such as early smartphones and early e-readers (it has no images and thus a smaller filesize, basically). The "complete collection" is a zip archive containing basically every file that I have that relates to Fate/strange fake, including: scans, transcriptions of the scans, the LaTeX source tree for the novel, some supplementary material from the original Fake/states night webpage, and more.

Anyway. With this, I'm pretty much done with Fate/strange fake (unless somebody spots any serious problems I introduced in between the last draft version and the final version). It's been real. I hope you all enjoyed this novel (and if you did, you should consider buying Narita Ryohgo things like the Baccano! and Durarara!! novels and manga to show your support). If you want to chat about Fate/strange fake, I'm sure the folks over at Beast's Lair would be more than happy to oblige.

And lastly: if you folks like the way I translate (or, if you like Bakemonogatari, which has some striking similarities), consider checking out my next LN translation project: Kyoukai no Kanata. I'm still working on it, but I'm releasing incremental updates as I finish segments of the novel, so you can start reading what I've finished right away.
at 10:03 PM 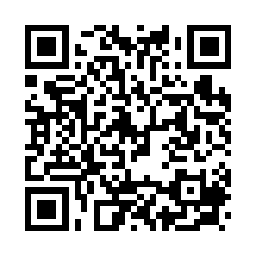